'It's amazing how much you can push your body - not just physically, but mentally too' - Sarah Hill on finding her ultra feet 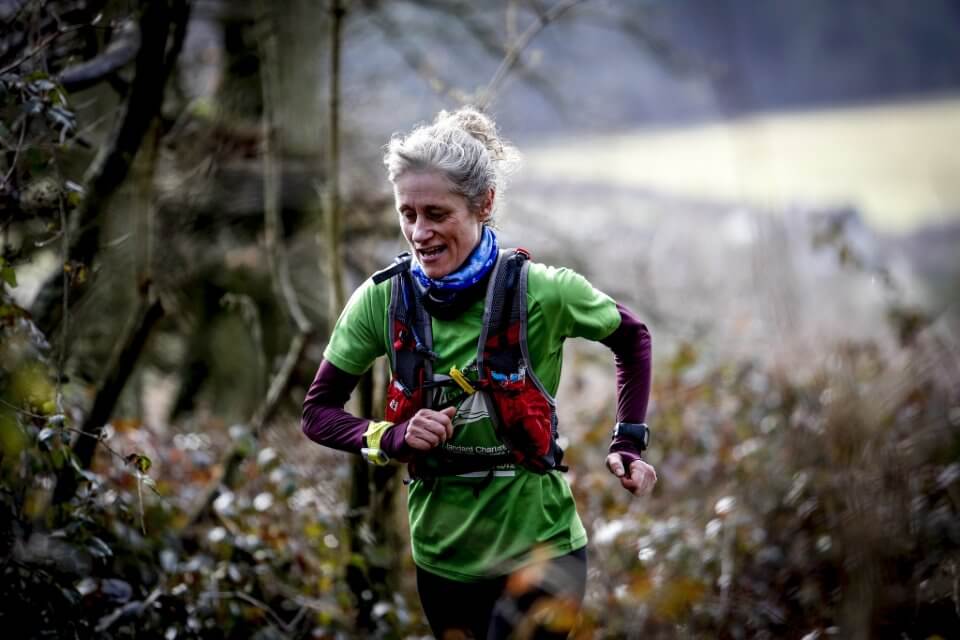 She proved it was no fluke by battling for first place in XNRG's Pilgrim Challenge earlier this year, eventually coming a close second - and went on to win Round the Island.

It comes as no surprise, then, that Sarah is no newbie to running, having won European titles and represented Great Britain and England. We caught up with her to find out where it all started, why she thinks ultra running is 'the way forward', and her last minute Druid's tips...

Hi Sarah - tell us a bit about your running, and how it all started

I started running when I was about seven. I started as my mum wanted company when she joined the parents group at Crawley Athletics Club.

I continued to run, however, after my mum gave up after a month or two. Highlights have been running for the army with Kelly Holmes, representing the Police as part of Police Sport UK, and being crowned police European Cross Country Champion. I have represented the UK Police in all running disciplines: track, cross country, half marathon and marathons. 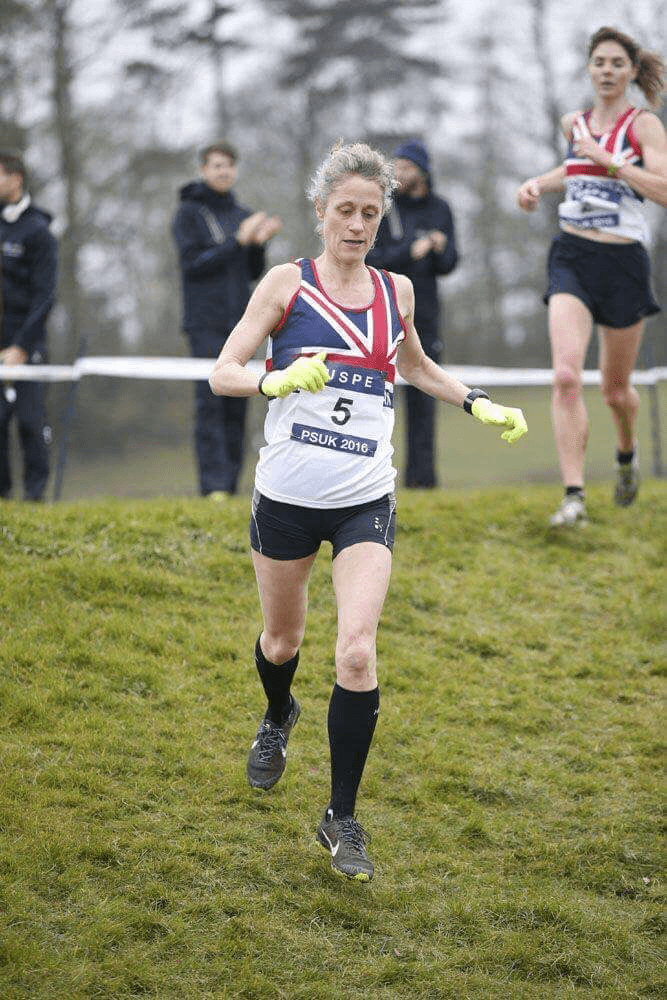 I’m still representing England, running for the masters England team this month at Chester marathon. I have continued to run as it's a coping mechanism as I suffer from depression.

After being involved in a car accident in 2012 I haven't been able to train as hard as I used to, but I have supplemented running with swimming every day.

So, why ultra running?

I looked at ultras as I was getting fed up with running races and still expecting good times, but it wasn't happening due to not being able to put the training in. I loved the atmosphere at ultras. There's no elitism and everyone is so friendly, and for once I could walk during a race and not beat myself up about it.

Talk us through your first ultra - the Druid's Challenge

I was dreading the thought of three days, covering 30+ miles a day, and found it very daunting. It started off badly as I did an extra four miles on the first day - I really didn't need that!

I can't believe I was first woman home.

That evening I had a massage then ate tonnes. After a little disturbed sleep it was entertaining to see how my body would work or not for the second day. After mile one my body just got into a rhythm. When I was alone, I did my own remix of Wham songs to keep me going.

It's amazing what our minds go through to beat whatever we are putting our bodies under. I became very cold at the end of each day. After the second day I had another massage and ate even more than the previous night. The following morning my eyes looked like pissholes in the snow - I could hardly open them. I was shot.

But it's amazing how much you can push your body - not just physically, but mentally too. I loved it and got addicted to this form of punishment.

Any nutrition or recovery tips?

I'm shite when it comes to nutrition. Gels irritate my guts during a marathon as I'm bad at taking on liquids so reluctant to take them. I love Haribo sweets and watermelon. I will take two gels and will make sure I drink but my bladder is the size of a pea so I have been known to be found squatting in random places - sorry everyone!

I'm a believer in compression tights during the night to repair legs a bit. I slept in mine during the Druid's. 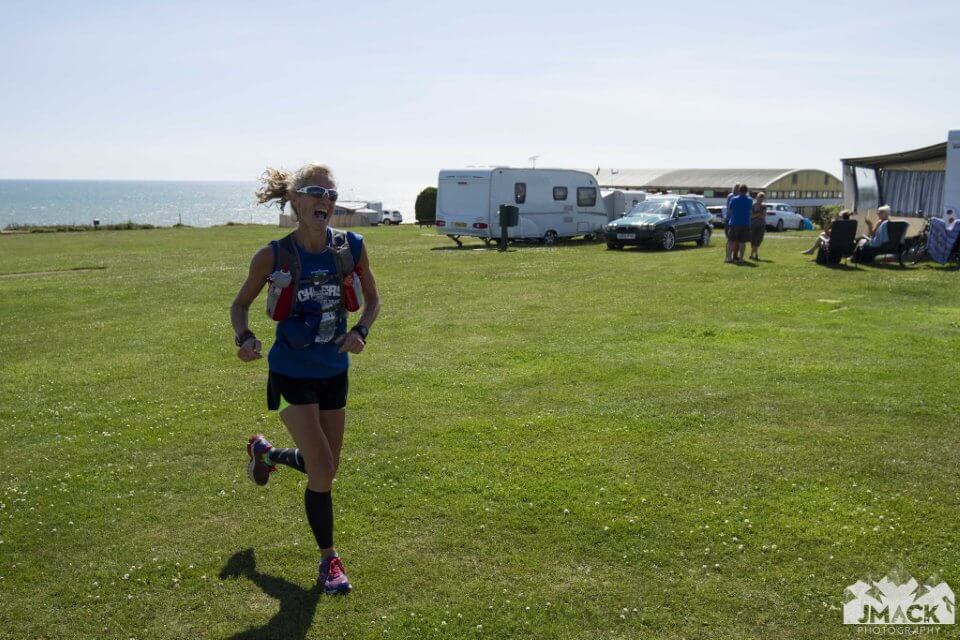 Any last minute tips for our Druid's competitors?

I found it entertaining the following morning at the Druid's finding your trainers. If you were lucky you'd get someone's Hokas while someone got my very old ghosts. Mark up your trainers as they get covered in mud!

I wasn't prepared for the Druid's at all but was shocked at how I coped and loved it. I have since done five other ultras - one involving up to 60 miles in a day. This year I entered Race to the Stones and was the fastest woman on the day.

I think next year it will be an Iron Man but I'm hopeless on a bike and not sure I'll cope with getting cold... I suppose I could wear my dry robe on the bike. Bring it on!

There's still time to register for this month's Druid's Challenge - join us and find out why Sarah loved it.

Next postGearing Up for Festive Fun: Introducing the XNRG Santa Virtual Ultra Challenge
Previous postNathan Montague on Running the Gobi
View all posts