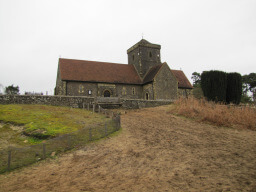 It has been 10 days since the Pilgrim Challenge and I have only just found the time to hit the keyboard. Life is busy. Busy is good, but it sometimes means we do not get round to doing some of those things we really want to do. That is why events like The Pilgrim Challenge are so enjoyable and good for the mind, body and soul.

Regardless of what else is going on, once you arrive at the event base on the first morning, you know why you came. You are welcomed by the XNRG team like old friends meeting up, and in many cases that is exactly what it is. New faces receive the same welcome, not just from the XNRG team but also from fellow competitors. The ultra-running crowd are good people to be around. Regardless of your athletic ability you are welcomed into the group by pretty much everybody. Those who hope to win trophies and those who expect to finish when the trophy winners have long since gone home, all chat away with interest and admiration for each other.

The Pilgrim Challenge is the perfect example of this. I arrived at 8.15am on Saturday morning and the first thing I saw was Brian’s smiling face as he directed me to a parking space. After a big hello I was off to the big tent (no, not the one with the circus in it) to register and take in the atmosphere, and prepare for the off.  I met many friends, mostly from previous XNRG events, and before I knew it we were having the briefing from Neil so that we knew what to expect (basically lots of mud, hills, great scenery, and all the fun that goes with it). Of course, the briefing also includes all the important stuff too, and is always well delivered. Some of us listen so well that we don’t get lost out there! It is not easy to get lost on XNRG events as they are well sign-posted, and the route card sorts us out in the less obvious places.

At 9.00am the second group of the day set off on our way. It was a large group and it took some time for us to string out, which was nice because we made friends along the way. There was always someone up ahead or just behind so we never felt on our own. I was running with my friend Rita. We did not plan to run together, it just happened as it often does, and we went merrily on our way, always looking forward to the next check-point for that extra bit of encouragement (and food). The check-point staff are always so welcoming, ensuring we are eating and drinking enough, and that we have enough clothing for if it gets cold. Most of them are volunteers, often friends or family members of competitors, and we are so grateful to them for their contribution. The faster runners who started an hour after us caught us up (much too soon)  and even the leaders found time to cheer us on and wish us luck. We did the same as we overtook the walkers who set off an hour before us – everybody has a mutual respect for each other. The course was certainly muddy in many places, but it was a beautiful sunny day – just right for enjoying the spectacular views. Box Hill was fun as usual – just as many steps as last year and my heart was pumping just as fast as last year! It is worth it though; you don’t get the views without those big hills!

I know I am like a child at times, but one of my favourite bits is putting the head-torch on when it starts to get dark. I am very nearly 50 years old, but I feel like a teenager on an adventure when I turn the torch on! Of course, not many of us get to use the torches, mostly those of us who drink-in the scenery along the way. The finish was great. It was pitch black with just the torch light to show the way. As we ran into the town we knew we were nearly there. When we had about a quarter of a mile to go, we met three men who had obviously finished a lot earlier and had showered, dressed, and been out in the town like tourists. They kindly encouraged us on and made us feel like we might even win it!

After a good welcome to the school which was our hotel for the night, a nice hot shower and a good meal, it was off to bed (having set the beds up when we arrived). You don’t feel like the adult you are supposed to be, when you snuggle into your sleeping bag absolutely surrounded by so many other over-tired, happy people. Neil appeared, as he always does, with his tin of chocolates. I heard someone say “no thank you, I have just cleaned my teeth”. I on the other hand never say no to a chocolate!  Lights out at 10.00pm (again, not very grown up but we are all ready for it). Some people had already been asleep for some time, oblivious to the hustle and bustle going on around them.

5.45am Sunday. LIGHTS ON. Not easy to explain that feeling. Those of us on the early start (based on our finishing times the day before) know that the time flies from 5.45am to 7.00am when we set off to do it all again in the opposite direction. It is 75 minutes of scurrying – packing bedding etc away, ensuring my rucksack has everything I need in it for the day ahead, tucking into a nice bowl of porridge and a cup of tea (other breakfast available), loo, clean teeth, lipstick on (I wish I was joking), get bag onto truck (maybe I could hide on the truck and sneak out at the other end – but then I would miss the best bit).

So off we went again. The final day is always good – the home stretch. It doesn’t matter if your legs hurt, or if the sun isn’t shining today; you are on the way to completing another big challenge. Box Hill came early on. There was a frost overnight which helped initially as some of yesterday’s mud was less sloppy! A recurring ankle problem slowed me down earlier than usual, and the great physios were on hand at the first check-point to strap it up for me. This helped for a while but it really is something that needs sorting out. It was tough, but as always the check-point staff picked me up (not literally) and sent me on my way feeling much better. I still had Rita with me, we were both finding it tough today as we had not run for 7 or 8 weeks, but we were happy to get there in our own time. Although the sun was not shining, the visibility was still good so we could appreciate the beauty of the North Downs and beyond. Once again it got dark and the torches went on (yippee)! Having done it last year, I could sense the finish and we found some extra energy from somewhere to get there quicker. We approached the finish amid cheers and whoops and applause (the ‘whoops’ were from me) and we were ecstatic. We were treated as if we had won it. It had been over 11 hours since we set off early in the morning, and the first person home had finished over 6 hours earlier. I do not do it for a time or finishing position, just to complete the challenge, and I always do!

My next XNRG event is the Pony Express in the New Forest in May and I CANNOT WAIT – BRING IT ON! Carol Ann Plater – Slow but persistent!