This event has ended 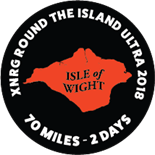 A two-day, 70-mile ultra marathon following the stunning Coastal Path around the Isle of Wight

With up to 2000 yachts and their crews congregating in Cowes for the weekend, the Round the Island ultra guarantees a fantastic race weekend buzz, stunning views over the English Channel and to the mainland and a unique perspective on the Round the Island Yacht Race as the action unfolds offshore.

The course has been classified as a qualifying race for the Ultra Trail du Mont Blanc, with four qualifying points awarded to all finishing runners. It’s open to runners and walkers, and has been fully recced and mapped by Race Director Neil Thubron, himself a keen ultra runner and sailor.

We recommend that you join us on Friday night in Cowes, where you’ll have free time to stroll in the town, grab some food and soak up the atmosphere.

Breathtaking and exhilarating, the Isle of Wight Coastal Path is a 70-mile circular route that takes in spectacular views over the English Channel to the mainland. It's a National Trail with excellent markings in the form of signposts or post discs. You'll also be given a route card, designed to help you navigate any trickier sections. We recommend familiarising yourself with the route before the start of the race - for more information download our full race instructions.

Registration will be open from 07:00 on Saturday at Cowes High School, Crossfield Avenue, Cowes, Isle of Wight, UK, PO31 8HB.

You can enter the whole weekend event including food and accommodation - or individual days.

There are 150 places available and entries will close one week before the event (or when full). A waitlist option will be available if the event becomes fully booked.

To book with either discount, please email us: info@xnrg.co.uk.

Please note: a 2.5% service charge, levied by the registration software, will be added to your total.

No refunds or deferrals will be made within one month of the event start.

The only compulsory kit is a fully charged mobile phone and a minimum 500ml of water, but it's worth taking a look at our recommended kit list.

Other equipment may be made compulsory by the race director depending on the weather.

The event is supported by our course manager and his experienced on-course crew to ensure you have a great event. A fully qualified medical crew will also be there to give first aid and manage any serious medical problems in cooperation with the emergency services. We strongly recommend taking a moment to read our medical page before booking.

We've answered a range of common questions in our FAQ. For other questions, say hello on info@xnrg.co.uk. 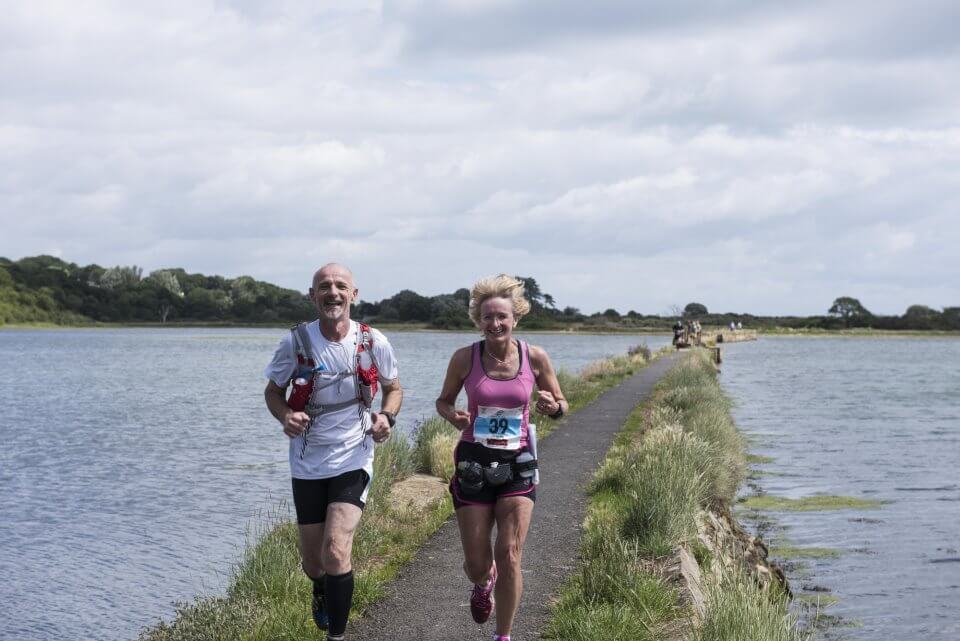 You can enter the whole weekend event including food and accommodation - or individual days.

There are 150 places available and entries will close one week before the event (or when full). A waitlist option will be available if the event becomes fully booked.

There will be four aid stations each day, between 6-10 mile distances, fully stocked with water, and sweet and savoury food to keep you fuelled.

Shared accommodation with showers will be provided in Cowes Enterprise College for multi-day competitors on the Friday, and at West Wight Sports Centre in Freshwater on the Saturday. All accommodation, evening meals and breakfasts are included in the full price.

Please note: the accommodation location for Saturday has changed and chalets are no longer available. We'll be refunding any chalet bookings. Email us on info@xnrg.co.uk if you have any questions.

Everything is looked after - all you need to do is run (or jog or walk!)

There are plenty of options for reaching the race, including combined train and ferry tickets. Click on the button below to find out more.

Transfers from the Red Jet terminal to the school from about 16:00 till about 21:00.

Note: There is no food available at the school and Cowes is very busy with most "good" restaurants booked up with "Yotties". There are plenty of pubs and a great "chippy" 10 minutes walk away.

I just wanted to say a big thank you to all the team at XNRG for such a great weekend for the Round the Island Race. It was so much fun! All the marshals, medics and other crew were incredibly helpful, encouraging and enthusiastic. It was an amazing route. Clearly a lot of thought, planning and hard work had gone into the event. Hope to see you for another extreme XNRG event soon! Thanks again. Sarah

Hello I just wanted to say ‘thanks very much’ for a great weekend in the Isle of Wight. (I was the tall chap with the poles if you are wondering who I was.) It is the first (and will not be the last) time I do one of your events – I’ve already entered the Ridgeway based on last weekend. I liked the ethos in that the really fast runners had a chance to rattle round the island at a fast pace, club/recreational runners could do it at their pace, people like me could get round a bit slower and you had some that were doing bits of the course and thus exploring their current limits. This is far different than having rigid touch cut-offs so some get stopped early. You had a set up where there was something for everyone which is quite unique in ultra-distance races I’ve come across to date. I though the map/route card / signs on the island where fine (I did get lost a little on Day 1 a little but such is life – all miles are good miles!) – your extra signs were welcome at some points though! The things I’ll really remember…
- The easy going nature of registration on the Friday and the nice touch of bringing round ear plugs and sweets.
- The fun of the event.
- The friendliness of the CP crews and the helpfulness of filling up bladders etc. – second to none and could not do more to help people on their way. I’ve been to many events and this is the first one where at every CP the CP crew are falling over themselves to get your bladder filled for you! This is a welcome touch.
- Also the CP crews when going between CPs where friendly (thinking the chap on the bike) and asking how people were doing.
- The friendliness on the Sat evening and the general camaraderie between everyone regardless of being fast or slow.
- A good weekend and a good chance to do a new route.

We can't wait to see you there! Questions? Say hello on info@xnrg.co.uk

Red Funnel Ferries operate between Southampton and East Cowes (book in advance online or by phone).

We have a special deal for the car ferry between Southampton and East Cowes, valid from 30/6 to 05/07.

To get your 15% off, enter IOWHM2018 online, or simply quote when making a booking. Please note: this does not apply to the RedJet.

Red Jet Hi-Speed Ferries run every half hour between Southampton Town Quay and West Cowes. These catamarans carry foot passengers only, dropping you conveniently at the Red Jet terminal where you can catch our minibus transfer (see below).

Free minibus transfers are available from the Red Jet terminal on Friday evening and returning on Sunday evening - just let us know you'd like a transfer at the time of booking. If you're planning to arrive on Saturday morning no transfer will be needed - just make sure you're at the starting point (the east side of the floating bridge) in time for the race briefing.

Parking in Southampton can be expensive (approximately £35 for the weekend), which could mean that parking a car on the mainland and return fares on the Red Jet could add up to around £100. It's worth bearing in mind that, with free parking on the island, it could be significantly cheaper to bring your car across on the Red Funnel ferry.