On Saturday Anna and I went out to do our 50kms for the Amersham Virtual Ultra in aid of Humanity Direct. It was a cold March morning when we set off from Dr Challenors school. As well as running further than I had run in probably 3 years, giving the body and brain a good test I also wanted to test the Coros Apex watch I had been asked to review as part of our sponsorship with them.

I had heard a lot about the Coros watches and their amazing battery life from other ultra runners. I was supporting Damian Carr on his double Ridgeway Challenge in 2020 when he used a Coros Watch to track his distance/speed etc and after 36 hours of GPS tracking it was going strong. Could it really be that good?

I have always been a Garmin fan so I was going to take some convincing. I received the watch about 3 weeks before the event and got used to using it, setting up the app etc. The whole set up process and the app are incredibly intuitive. I am not a technology whizz, but apart from a couple of things I needed to look up it was so easy to use. 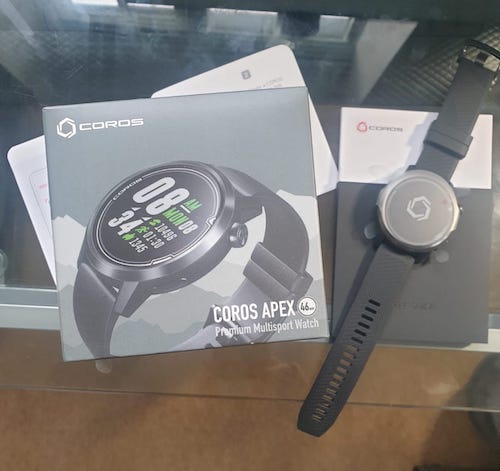 I have quite small wrists and I hate big heavy watches. The Apex is a great size for someone like me. Not too deep and not too wide. It has one main button which you cannot press accidentally and a second button which, when pressed and held, shows you the menu.

It is not a touch screen watch – hooray. Like many runners who bought touch screen watches and thought it was the future only to realise that with the wrong gloves on it didn’t work and as soon as it rained the whole watch just starts freaking out and you lose your route or end up with bizarre information! Well done Coros for not going down that route.

There is a lot more information than I have ever seen on a watch. Lots of it I don’t understand. In basic mode when you are not using the watch during a run you can set the watch face to digital or digital analogue and then chose what information is displayed. As you scroll through you are shown steps, calories, a heart rate graph, an ascent graph, something called bpa, the temperature and a screen I love showing sunrise and sunset times and finally text messages, or alerts from your connected phone.

My only criticism about the watch display is that as a mid 50 year old my eyes struggle with small writing and a lot of the detailed info is quite small. 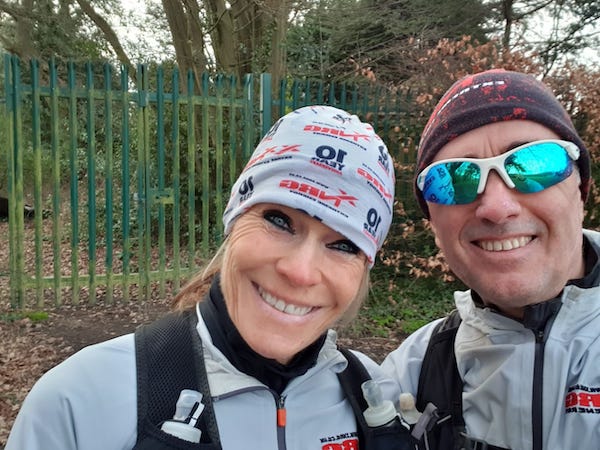 So back to the Amersham Virtual. As the organiser of the event you would think that knowing the route is not an issue… well not strictly true! I created and recce’d the Amersham route over 5 years ago and have not personally run the route since then. Our markers do sections of it each year. Don’t get me wrong I know it pretty well, but there are a couple of sections I was not sure. With the HS2 work going on in the area and a World War 2 film set creating some diversions, I thought we needed to be certain of where we were going.

I therefore downloaded the gpx file into the Coros app and then uploaded to the watch. Again, incredibly easy – I never did this on the Garmin – so this was a new experience for me.

The first 8 miles of the event are very straightforward and the watch had a little green arrow on it pointing dead head (or close enough) so that I knew we were on the right route. Then we came to a woodland, where I always get lost, and sure enough we came off the route. The watch started vibrating, telling me we were off route, how far off route and how to get back onto the route. I liked it a lot.

Throughout the rest of the day there were occasions where we were off route, by a small amount and it vibrated, and also a couple of junctions where I wasn’t 100% sure. Looked at the watch and followed the arrow. Awesome.

While you are running there is plenty of information for all those people who love their statistics. There are the basics for people like me – distance, time elapsed and pace. For the elite athletes you can see power output, cadence, the last mile speed, ascent / descent etc – loads of stuff to look at while you are running. Just make sure you are also looking where you are going as well!

The sun came out as we went through the day and it got a lot hotter than was forecast. It is a lovely run, stunning scenery around the Chiltern Hills and the Mis and Chess valleys. Bit muddy in a couple of places, and flooded as well, but you could get round any of these quite easily.

When we finished and when you stop the watch you are then presented with a picture of your route, and lots of interesting data which I know some of you will love. The thing I loved most was that it said I needed 2 days recovery – phew, because as I write this 2 days later, I am still pretty tired.

So what about the amazing battery life? When I checked as we got home it said 88% charged! I couldn’t believe it. I had it in full GPS tracking mode and using the navigation. I was looking at the watch regularly which “lit” it up, so I should have used plenty of battery. Oh and we took 7.5 hours.

Bottom line if you are looking for a sports watch to last you a 100 miler or even the full duration of a multiday like MDS, the Coros Apex will mean that you don’t have to have a spare watch or carry a battery pack to recharge.

I would recommend it.

The Amersham Ultra is run to raise money for Humanity Direct. XNRG would like to thank every single person who ran and donated to help children in Uganda have life saving operations.

Our next charity Ultra is the Chiltern Challenge – 50kms on the 10th July www.xnrg.co.uk. 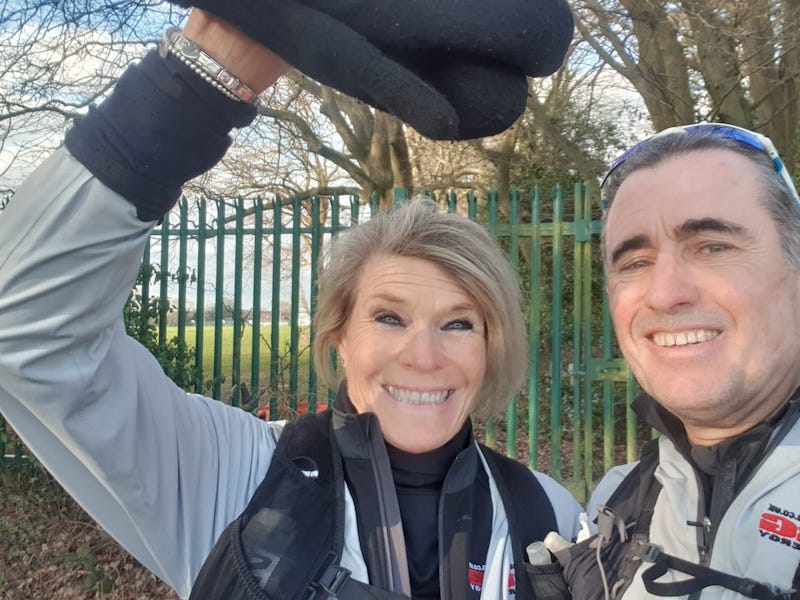