The punctuated ‘y’ echoing my voice each day screeching at my testosterone fueled students to slow down or cut the horseplay throughout a typical day in British Secondary Education. However, never more so have I needed it to be reversed and one of my minions yelling at me to ease the pace and take a moment to reflect. The last 6 weeks have literally flown by with school days ticked off, GCSE’s done, miles logged, several ultras in the bag and the half way point of 2015 approaching. Scary. Just a little! 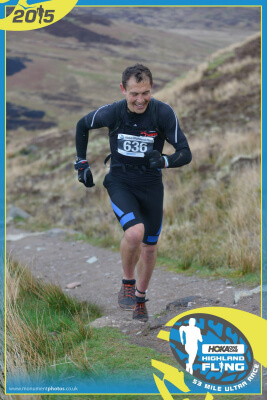 After loving and nurturing ‘my big niggle’, my first main race of the year was either the Anglo-Celtic Plate 100km in Wales, if I was lucky enough to earn England selection, or the Highland Fling in the Scotland. The latter an iconic ultra on the West Highland Way and a race I’d always wanted to pin down since I started ultras back in 2006. Both races were within a week of each other so were perfect dates to set in the calendar, the only real difference in training being two weekly specific sessions work as the mileage in the legs would be relatively equal. Having not done a road 100km or 50km for several years and relying on my trail performances for potential selection I knew I only had an outside chance for selection. However, I knew from my trail running I was in shape to smash my personal best for 100km from 2009 when I ran for England in the corresponding fixture along the sea front in Galway on an out and back loop 2km loop. A great test of mental resilience. I’m certainly a half full type of guy and when Walter Hill, the England and GB selector, contacted me to say I was first reserve I was able to reflect on my initial disappointment with positivity. Ultra running is booming in the UK and it seems monthly records are being broken, performances and standards raised meaning and Great Britain therefore drawing a little more attention on the international circuit. I’m not going to lie. I wanted my bite of the cherry but am more than humble in my position as an athlete and respectful of the outstanding performances our peers are putting in. The Fling it was, but with the door left slightly ajar should I get that last minute call up!

My training geared towards the fling. I must admit I was more than a little excited about my little Scottish adventure in a race which I had wanted to do for years watching the results come in as Jez Bragg, Andrew James, and Lee Kemp took chunks off the course record. However, my mind’s eye seemed to be forever gleaming over my shoulder onto the 100km. Will I get the call? Should I run it as a guest anyway and smash my PB?

As I logged the miles and fell ‘down’ and ‘up’ the hills on my many technical sessions, I had a strange niggling feeling. During these secret trysts on the dirty trails each day I felt like I was playing away from the roads and every week when I come back to the road for my date with my weekly tempo to check on my sustained speed endurance I felt a little closer to the ACP 100km. A strange feeling indeed.

In this block I treaded out on my first ultra of the year, the Compton Downland 40. A fantastic, friendly, and well organized ultra along the Berkshire downs and touching on the Ridgeway. After a full week of miles, sessions and conditioning, I treaded the start line after a wet and windy week knowing it would be chopped up. I couldn’t afford to ease off in any way for the race because of the time I had missed due to ‘my big niggle’ so i was more than a little ‘leggy’ on the start line. I always find if you race in a hard training period the first few miles and even hours can feel pretty awful so I let the first 20 just drift by, not worrying that my legs were actually saying ‘Nathan, what are you doing?’, instead using my adopted Jens Voigt mantra: ‘shut up legs and do what your told!’ Remarkably this worked and despite a fall in the latter stages and the sticky and windy conditions I knocked more 6 minutes off my run the previous year and stole my first chink of the year. Now back to the training window after my first ultra of the year on tired legs.

One week before the fling I confirmed with the selector my plans and went ahead with my final prep. However, even in the final days I waited in trepidation for the ‘call’. It didn’t come and as I left for my drive, fly, bus and train trip to Glasgow my mind was certainly channeled solely on my date in Scotland. It transpired to be an epic race. I had to dig deep. I had to get down and dirty. I thrashed and wailed. But I got there. If I’m honest I went into my fling a bit leg weary. This showed in the technical section of the course as I you run 6 miles round loch Lomond and then again in the final 12 miles. However, I was very pleased with my climbing all day. While I was certainly not disappointed with the race result I felt there was still a little of me not out there on the trail during the race, left physically in the Wiltshire hills and mentally with ACP in Wales. In the preceding week the legs seemed to not feel as they should and I know there is more to give on this route and this Scottish lass will be getting my full attention in the future. It was a lesson in attrition and digging deep. And my taper wasn’t good enough. Maybe this was down to holding out for the Anglo-Celtic plate and not quite easing off enough. But a great learning experience nonetheless and I have certainly fallen in love with this race. 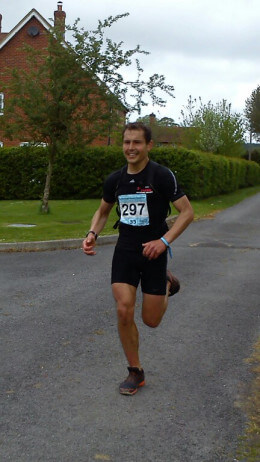 My hypothesis turned out to be true. Remarkably, after a week of steady running but what I call ‘no pressure mileage’ I set about my sponsors Extreme Energy (XNRG) ‘Pony Express’ with no expectations after the week before. I had been in contact with the selectors again to say I was still available and feeling strong despite my outlay on the fling but remarkably I felt good. My initial plan was to hit the ‘Pony Express’ either as a supporter on the envoy for XNRG or racing it depending on the ACP but as things turned out race it I did. Another weekend away from girls was not high on my agenda but needs must and I channel this emotion into making sure these races count. I love multi-day races. Packing all you needs into a bag for the weekend (a very big bag for me) and literally forgetting life’s stresses Just you and the trails.

Although I said no expectations, I still subconsciously set myself gold, silver and bronze targets, as I do with every race. However after that weekend I may need to think about introducing a platinum one. Despite Hampshire’s best attempt to bury the course in rain from day one to two, a route direction sabotage by a disgruntled member of the public (Neil XNRG up in the small hours remarking the route) and a mini diversion en-route due to a lapse in concentration, I ran strong for two days, getting stronger as each day went on, held my form well, and worked the hills well. This was the measure of my form I needed and a great indicator on where my fitness was really at. Despite being a little chillier, windier and wetter underfoot and with the Fling the week before I smashed my time from the previous year by 28 minutes. This reasserted to myself what I felt I could have achieved on the road at 100km.

After another steady week of mileage I had a run around another local ultra of which I’ve wanted to put in the ‘done’ bag for years but unfortunately other circumstances have prevailed and I haven’t been able to make the start-line. Despite feeling rather under the weather the previous day I hit the start with trepidation as the organiser’s final notes had said the course would require navigating. While there had been some markers in the past there would be less than normal so using the route cards and map was a frim requirement. Unfortunately, I am not in the ‘GPS’ cliché, as the coiffers are unable to allow such indulgence at this time so I set off in blissful ignorance on the Marlborough Downs 33. Although, I expected some navigation errors, I didn’t expect them in the within the first four miles. And so it went and I found myself stubbornly ploughing on the wrong path despite other turning back then having to backtrack through fields of nettles and barb wire fences to get back on track. Subsequently, on rejoining the field I found myself outside the top hundred from being at the front of the field! Remarkably, even by my own admissions, I didn’t panic as the field caterpillared out in the distance over the downs and into the horizon and just stuck my head down and ploughed on. Somehow I managed to work my way back to the front 2 ½ hours in. The one benefit being I hadn’t needed to navigate the last few hours and after some tentative miles sussing out the route I managed to nail the final 7 miles and secure another positive result out of a potentially disastrous one.

After two weeks of easy running and some big reflection, I have learned so much from these six weeks. My key task over the next six months is to avoid madness and not repeat some of these mistakes which I put my hands up and admit guilt to in the past. If you are nervous about a course get out there and recee the route. Get a backpack, suss out the local public transport, and hit the trails. 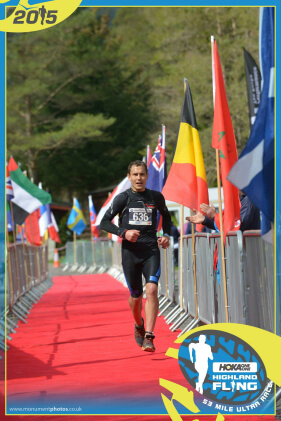 Now three weeks into the next specific block of training I’m determined to make the mountains my friends over the next couple of months. ‘Love the hills’ is another of my mantra’s and I want to claim the mountain love too as I hit Snowdonia, the Lakes and the Alps over the next 12 weeks. And ‘My Scottish Fling’, I certainly will be giving her my full love and attention in the future but first I have dates with the mountains and a desert.